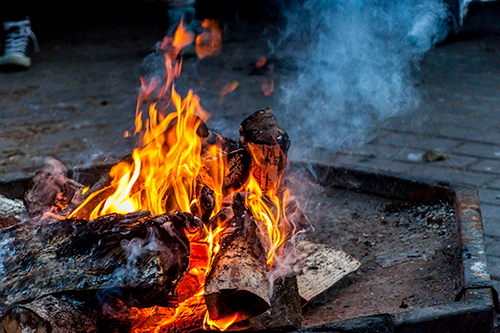 When she researched the history of the Cherokee, she found that in ancient times the number seven was sacred to the tribe. There were *seven clans: the Panther, Long Hair, Bird, Paint, Deer, Wolf and Wild Potato. Each clan had a specific area of focus in which it excelled. Clan affiliation was inherited through the Mother’s line. (Betsy’s ancestor was a woman of the Wild Potato clan.)

When the clans came together, they met in a seven sided council house divided into seven sections of seating, giving each clan a place for its representatives within the government structure. In the middle was the sacred fire. Each clan brought a different type of wood to put into the fire. The combining of the wood symbolized equality and the mutual respect due each clan as they entered into dialogue.

In coaching organizations and teams, the symbolism of our logo represents our philosophy:

When an individual increases awareness of natural strengths and the synergy created when those strengths combine, true excellence emerges.

When individuals come together in a spirit of equality and mutual respect, they tend to combine their strengths, talents and experiences to work productively as a unit.

The same concept applies to an organization. When individuals and teams collaborate in a culture that encourages people to engage their strengths, the flame of success burns brightly. 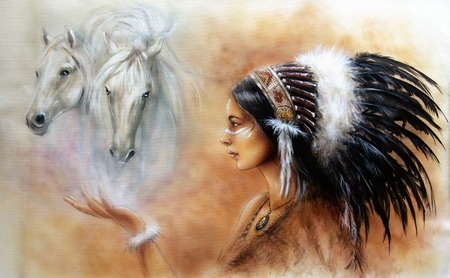 Members of the bird clan were the guardians of all the birds in the forest. They studied the habits of the birds of prey and tried to emulate them in their hunting methods. They also gathered and were keepers of feathers, which were considered to be sacred and were used in tribal ceremonies. Because of the power and swiftness of a bird in flight, members of the Bird Clan were called upon to be messengers.

Members of the Deer Clan were guardians of the deer in the forest. They made sure that when a deer was killed by a hunting party, its spirit was properly respected because it had given its life to feed a family. An offering of tobacco scattered in the four directions was made to the deer’s spirit for its help in nourishing the people.

They were also known throughout the entire villages for being the best hunters and the fastest runners and were often called upon to be messengers.

The members of the Wolf Clan were known for their strength and prowess as warriors. They were the largest clan and held much prestige within the village. Most of the War Chiefs came from the Wolf Clan.

Members of the Long Hair Clan were known for their vanity and their beautiful long hair. This clan was also called the Twister Clan. Possibly because they wore their hair in elaborate hair styles and walked around the village proudly twisting their shoulders.

The Peace Chief was usually chosen from this clan and wore a long white feather robe.

Members of the Paint Clan were known for their ability as sorcerers and as medicine people. They were highly revered and were powerful conjurers.

They were also naturalists who knew and respected all the life forces that existed in nature, and they were makers of the red paint used in war and other important ceremonies.

The members of the Wild Potato Clan were known as excellent food gatherers. They forged the forest for the natural food sources such as nuts, berries, and edible plants. They were known for their skill in digging the tubers of the wild potato plant, which they pounded to make flour, used for bread.