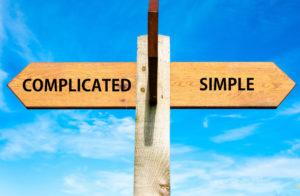 One secret of real leadership lies in being unpredictable, or inconsistent, at the same time they are being dependable, or consistent.

My friend, Delorese Ambrose, asked if she could interview me for the chapter on Paradox in her book, MAKING PEACE WITH YOUR WORK: An Invitation to Find Meaning in the Madness.  Since I am claiming the title of Paradox Queen, and this was a chance to highlight that concept,I said yes.  Paradox, seemingly contradictory statements that are nonetheless true, intrigues me.  As I think about my own life, I notice that one of my personal themes is around trying to decide when to hold on and when to let go.  It’s true in relationships, clothes, ideas, books, jobs and so many other things. So I offered Delorese this story:

Years ago I left an organization where I had worked for fifteen years to start a new position as partner in another company.  It was a new beginning, so I was anxious to please.  The harder I tried, the less of “me” showed up.

As I tried to impress, I found myself making more and more choices that were inconsistent with what I knew to be my true management style.  I also found, ironically, that the more I focused on pleasing my new colleagues, the less I seemed to please them.  Eventually my ceaseless striving began to impact my work with clients.  I was losing my professional compass.  I began to question whether I was even in the right business.  In the end, I severed the relationship.

This experience is in contrast to another where, when I was vice president of client services, we faced the question of whether to consolidate two units.  I was clear that we weren’t ready.  I set out to advocate for the position I felt was right, but quickly decided that perhaps it wasn’t worth the struggle.  As I was about to give up, one of my colleagues gave me a gift – a stuffed pink pig with the inscription, “sometimes the only way out is through the muddle.”  Encouraged by these words of support, I went in the next day, did everything in my power to influence the group, and was successful.

I share these two examples because they taught me much about managing the tension between struggle and letting go at work.  I learned that endless struggle in an effort to control the uncontrollable becomes a problem when I keep fighting long after the good or the usefulness of my efforts ceases.  And I learned there is also a downside to letting go prematurely.  If I give up too soon I miss the opportunities that come from prevailing.  This tension between knowing when to hold on tenaciously and knowing when to let go is at the heart of our work and our work relationships.

Having the capacity to manage this tension and choose wisely is the paradoxical balancing act. And yet, recognizing and managing this “either/or” is only the beginning.   There is a third realm where leaders find a certain magic as they master the use of paradox.  I’ve never found it better said than on a note card from Potluck Press www.potluckpress.com/notecards.php with this quote:  “The art of living lies in a fine mingling of letting go and holding on.” Havelock Gill

The picture on the card shows a portly gentleman in a child’s swing at the crest of forward motion.  Both hands grip the chains that connect the seat of the swing to the frame.  And yet, underneath this man’s old fashioned hat beams a face that radiates pure gleeful abandon. He illustrates the possibility of holding on and letting go at exactly the same time. Pictures speak.

Inhaling and exhaling seem to be opposites, and yet, they actually blend into one breath.  Our very lives depend on the rhythm of holding on to air in our lungs and letting it go. If we favor one over the other for too long, the consequences range from discomfort to death.  Where do we hold on too tightly to behaviors or concepts?  Where do we let go just before reaching our goals because we lack courage to blast through barriers?  What possibilities are available to us if we hold loosely enough to get the benefit of both options?

Let’s look at another unlikely pair:

CERTAIN:  The tendency to feel confident in one’s own opinions

OPEN / REFLECTIVE: The tendency to reflect many different viewpoints

The Harrison Assessment  (www.harrisonassessments.com) explains holding opinions as a paradox this way:

“Question everything and yet be steadfast in finding and following true principles.  Greater knowledge can only be obtained by allowing what you already know to sit in the background while relentlessly pursuing a fresh new way of seeing the issue and being willing to be ‘wrong’ about one’s previous knowledge.”

Imagine a leader who demonstrates this proverb.  One of my colleagues has another way of saying it:  I reserve the right to be smarter and wiser tomorrow than I am today.

Examples of other leadership paradoxes include:

Taking paradox a step further, look at our offense and defense policies as a nation.  Which is better – the SOFT approach that includes sanctions, dialogue and negotiation or the HARD approach that means bombing, drone strikes and troops fighting on foreign ground?  Too soft and we are seen as weak.  Too hard and we are seen as bullies.  In these complicated times, leadership requires combining both approaches and using them masterfully at the same time.  That is no small feat for political leaders.

The trick is to be aware of one’s own core paradoxes and examine how they play out in life and leadership.  When behaviors are not working, what is the missing ingredient that will allow you to be stable and flexible?

Steps for leaders who aspire to harness the power of paradox:

What are the opposites that combine in the picture below? I would love to hear your thoughts. 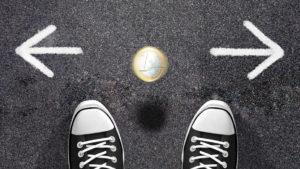