Where Does Your Favorite Presidential Candidate Land On The Leadership – Bullying Continuum?

Where Does Your Favorite Presidential Candidate Land On The Leadership – Bullying Continuum? 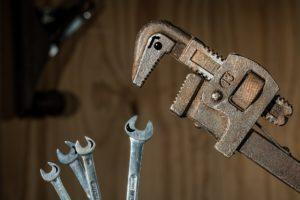 Power seduces.  And there is no way to aspire to being President of the United States of America without the wish to be powerful.  Great leaders use their power to further the common good first and to feed their ego needs after that.  In the instances when those two power applications get reversed, bullying behaviors can overshadow leadership practices.

In the United States of America, we are dedicated to eradicating the harmful and sometimes lethal effects of bullying in our schools and workplaces.

According to STOPBULLYING.com, a bully may be defined as “a blustering, quarrelsome, overbearing person who habitually badgers and intimidates seemingly smaller or weaker people.”

Bullying is characterized by:

Just as kids exhibit behaviors that tell us they have a tendency toward being a bully, adults do the same.  As you watch the candidates who ask for our votes for the highest position in the land, notice their actions and decide for yourself if that person is/is not sending a

message that ‘’bullying is OK”.  You be the judge.

Rate each candidate on low (1) to high (5) bully scale as you observe their behaviors.

A CANDIDATE FOR PRESIDENT MAY BE A BULLY IF HE OR SHE:

It’s not just Presidential candidates who exhibit these behaviors. Other adults model these behaviors and our children are watching. Whom do you know who is a bully without being labeled as such?